The show started with a delay due to technical problems that proved to be unsolved during the evening. So Esther Hart (ESC 2003), one of the night’s hosts, had to treat us twice to her Eurovision song «One more night». After that the other two hosts were introduced; Cornald Maas, until last year the Dutch commentator for Eurovision and Sascha Korf, a German comedian with a great sense of humour who also hosts the EC-Germany events in November every year. He would have a little talk with every singer after the performance.

That was enough talking and marked the start of the concert itself with Armenia. Emmy was wearing a t-shirt with the text «Amsterdam» and tried to make the audience enthusiastic for the choreography to her song «Boom Boom». I’m afraid it didn’t really work and many people seemed to be glad this was the first song to get over with. However, it must be said her vocals were nice.

A bigger contrast was not possible when the next singer was Nadine from Austria. She impressed everyone with her amazing vocals and gave away a great performance of «The secret is love».

Next was Vlatko Ilievski from FYR Macedonia who according to the hosts had to drive 1000 km before getting a plane to the Netherlands so he was quite tired. Even though the performance had some nice atmosphere with him jamming the guitars, he didn’t manage to get people enthusiastic for his song.

From FYR Macedonia to Greece. Nice performance from Stereo Mike and Loucas who treated us to Greek dancing. His vocals weren’t very impressive though.

We still stayed in the same region with Albania next. Aurela definitely gave one of the best performances of the night in my humble opinion. She has a great voice and even without backing vocals the song doesn’t suffer from it. After singing «Feel the passion» she sang the last Dutch Eurovision winner «Ding a dong».

Next was Paradise Oskar from Finland who gave an acoustic performance, just him and his guitar really! (Does that remind you of anything?) He’s a nice singer, maybe a bit timid but definitely we could rest again after dazzling Aurela!

«Magical» Nina from Serbia was dressed again in 60’s style and sang the English version of her song that is indeed called «Magical». Again a good singer and the audience liked her quite a lot.

Glen Vella from Malta brought the first dancers to stage. He’s definitely one of the most enthusiastic participants of this year and really enjoys Eurovision and everything around it. A very energetic performance of this crazy guy (but in a good way!).

The Ukrainian Mika Newton was dressed in, how else could it be, white. Many people don’t like her song mainly for beating the big favourite in the national final, but Ukraine really doesn’t have a bad song this year. Whether it’ll be successful is still to see, Mika is a very good singer though.

Poli Genova from Bulgaria had her full band on stage and really rocked everyone with «Na inat». After her performance she sang part of the chorus acapella.

Belarus maybe had a premiere yesterday as I have not seen «I love Belarus» performed live yet. The girl can sing and Anastasia seems a nice person as well, but I didn’t get to speak to her.

After these songs everyone longed for a break so we had 30 minutes to get drinks, talk and do what else we wanted. Before continuing with the next performance, Sascha Korf treated us with one of famous and hilarious visual interpretations of German Eurovision songs for those who don’t speak German. This time the honour was for «Ein bisschen Frieden». Without any doubt the funniest moment of the evening!

Yüksek Sadakat was in the Netherlands for the 2nd time in a couple of weeks since they gave a concert in Amsterdam not long ago. As always when Turkey sends this kind of music, we had a band on stage that knew very well what they are doing and I was surprised with the enthusiasm they got from the audience. Generally not many people are crazy about this song but watch out people…

Next was Musiqq from Latvia that gave a very basic performance of their song «Angel in disguise».

We had seen Anna Rossinelli already when we were waiting in line so apparently she got there very early. Again this song, that is really not my favourite I must say, was performed very well and people liked her a lot.

After Switzerland Christos Mylordos took us along with his dramatic ballad «San aggelos s’agapisa» and his vocals are far from bad. I had talked to him during the break so I knew already he was really there. The Cypriot entry wasn’t received very well again though..

Then it was the turn of lovely Senit from San Marino. I hadn’t seen her performing live before so I was very curious to how good she is. She IS good. As everyone she sang unmistakeably live and of course it’s not hard to get a better result than the first entry from San Marino, but I hope she will do more than just a little bit better. She was really shining and probably she is the most enthusiastic singer from this year.

This year’s Croatian participant Daria Kinzer had the most shining dress of the night. «Celebrate» is a nice party song for Eurovision and Daria is a good singer.

Just a couple of weeks ago Maja Keuc from Slovenia presented the final version of «No one» to the audience. I’m not completely sure but this may very well have been the first live performance of it! She’s a very good singer, one of the best this year and the song grows a lot. For many it doesn’t have an instant appeal though..

Magda Tul from Poland was one of the last to perform at Eurovision in Concert but will kick off the first semi-final in Düsseldorf. She also had two dancers with her and performed basically the same as in the national final in February. Will we see a different choreography in Düsseldorf?

Second last was the Russian Aleksey Vorobyov, who in Russia is known much more as a dancer/ice skater and actor than as a singer but who has recently released his first album. Not much to his song is Russian but apart from that there can be no doubt that he can sing and dance very well. Not everyone loves this song but as I said for Turkey before, watch out for Russia this year!

Last but not least, or last best… (choose which applies!) Blue from the United Kingdom. In the Netherlands they have had a couple of hits and their biggest one must have been the duet with Elton John. Many people were really looking forward to this performance and they weren’t disappointed. The band members walked onto stage already singing (probably one of their hits, sorry I can’t tell which one it was!) and then moved on to sing «I can» of course. Complete madness in front of the stage! I dare to say the Netherlands will have some votes for the UK this year…

And with this performance the concert came quite abruptly to an end. There were still some thank-you’s for the organisers who have been busy preparing this concert for months, which is of course a tremendous amount of work. Contacting delegations, finding a location and financial sponsors, arranging flights & hotels, press programmes and accreditations, organising ticket sales and many things I surely haven’t thought of. Hat off for all those people that did this mostly or entirely in their free time!

Unlike other years, the after party was not Eurovision-related even though some (mainly Dutch) Eurovision songs were played. Many people stayed to socialize with people they hadn’t seen for a while and to talk with the singers who also came to take a look in the club. Just a couple of weeks before the rehearsals start, the countdown has really begun now! 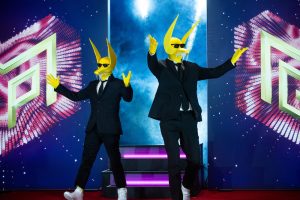 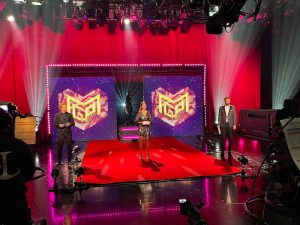 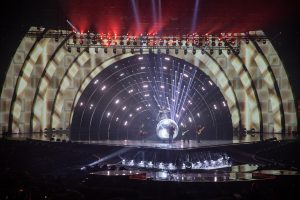 Joker Out! for Slovenia 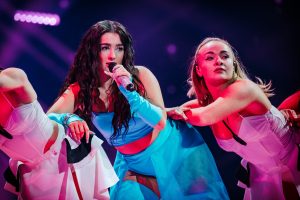 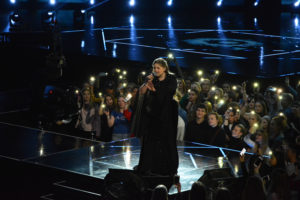 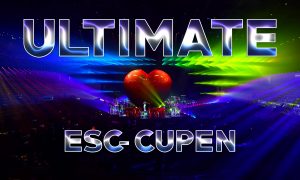 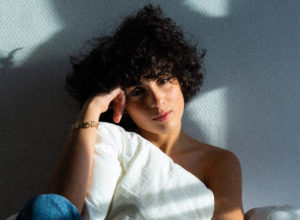 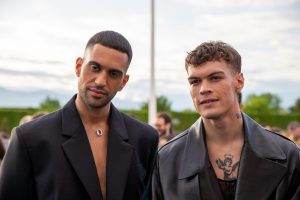 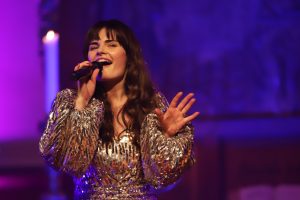 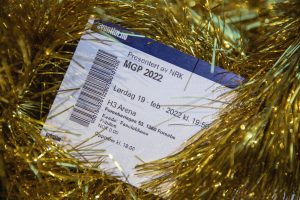 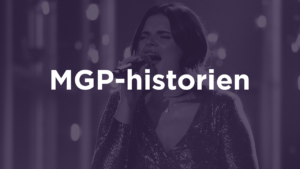 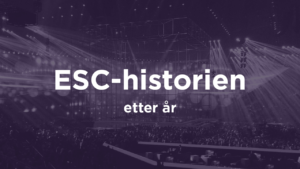 Find your tickets for the Melodi Grand Prix final

Welcome back to both Oslo and Trondheim as host ci

We will get a new voting structure next year😳 C

Thank you for a wonderful concert @songfestivalfee

@subwoolfer and @keiinoband meeting fans outside @